It is said that Easter got its name from Ostara, the ancient Greek goddess of dawn and spring. Surely it is also connected with the geographic direction east, from where the spring sun steadily rises higher. Easter is not only a religious celebration, at which the resurrection of Christ is celebrated. At Easter we celebrate life and enjoy the tenderly melting chocolate bunnies.

How does Bachmann make its Easter bunnies?

The couverture (technical term for high-quality chocolate) first needs to be tempered (heated up to 45°C, cooled down to 27° and heated up to 32°C) and maintained at 32°C. The two mould halves are cleaned with cotton wool. The Easter bunny gets a face and contours made of white and dark chocolate. In technical terms this work process is called putting on makeup.

The next step in brushing. This makes sure that even the smallest crack of the mould is filled with chocolate. As soon as both sides are brushed, the two mould halves are joined and secured with clamps. Now the actual moulding process begins. With a ladle the liquid chocolate is poured in up to the upper rim, only to then be immediately emptied again. The mould is tapped in order to avoid the formation of air bubbles on the surface. This moulding process is repeated 2-3 times, whereby a tenderly melting, thin layer of chocolate is formed.

The mould is now placed onto a table lined with paper in order to let the excess chocolate drain off. The chocolate at the bottom of the mould is scraped off. To form the bottom, couverture is poured out onto a flat surface and evenly spread. The mould is now cooled at ca. 10°C. All clamps are removed while the mould is still being cooled until the chocolate bunny has completely come off the mould. After about 30 minutes the Easter bunny can carefully be removed from the mould. The bunny slips out of the mould and comes to life. With great care the finishing touches are added to the Easter bunny, maybe perfect its eyes, tie a bow around its neck and decorate the basket with sugar eggs. 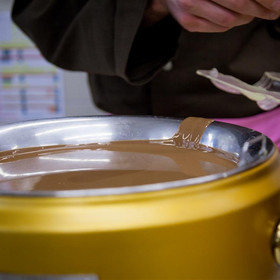 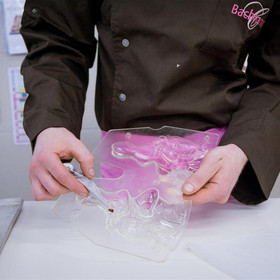 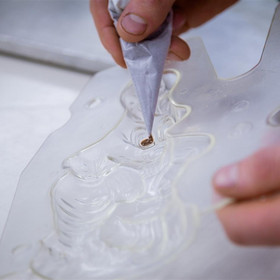 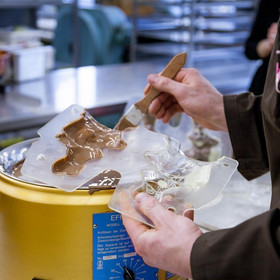 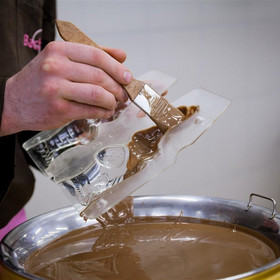 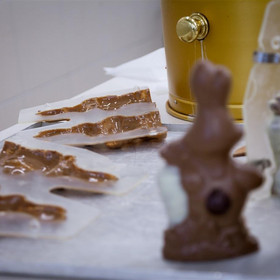 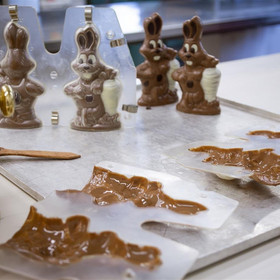 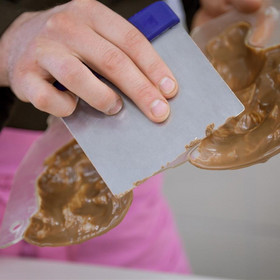 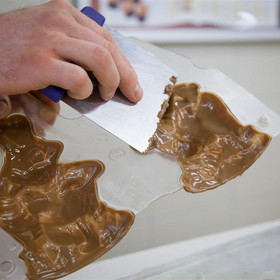 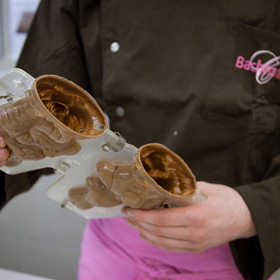 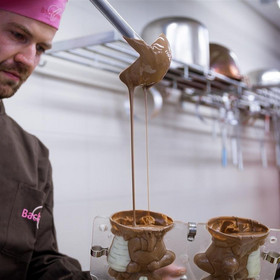 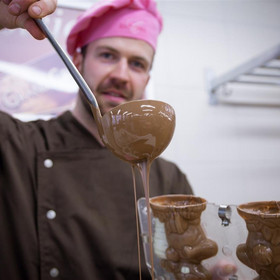 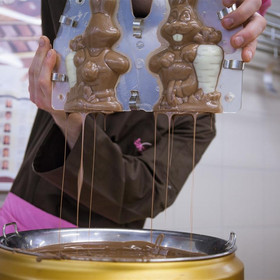 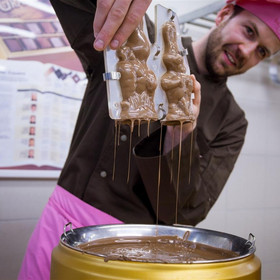 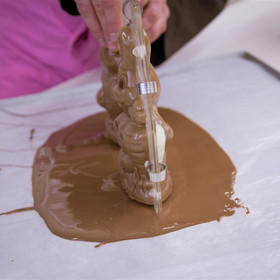 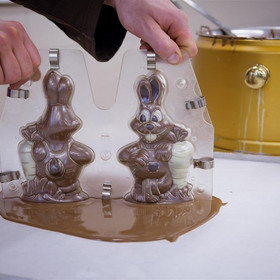 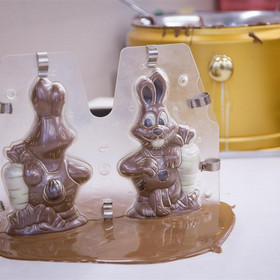 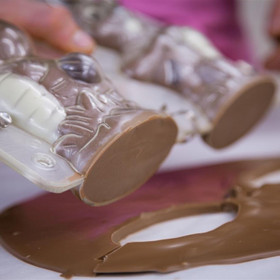 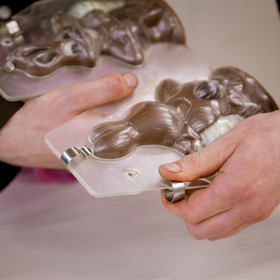 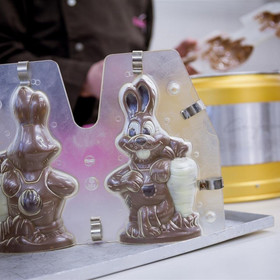 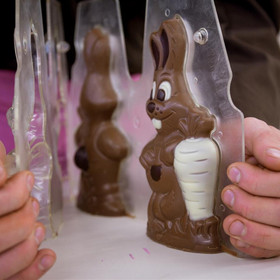 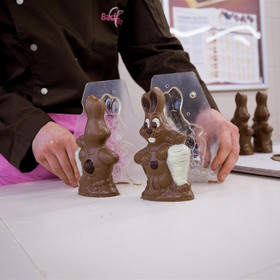 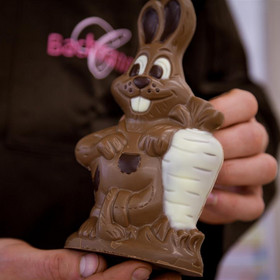 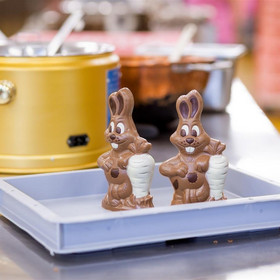 Why does Easter fall on a different day each year?

Easter is always celebrated on the first Sunday after the first spring full moon. This is why Easter falls on a different day each year. Given that (chocolate) rabbits are said to be moon animals, there is an explainable connection between Easter traditions and the meaning of the Easter bunny. Furthermore, rabbits and eggs both symbolise fertility and since rabbits are one of the first animals to breed in spring, they became a symbol for life.

What is behind the custom of Easter eggs?

There is a practical explanation as to why Easter is high season for eggs: the "egg jam".
Following the traditional rules of the fasting period, it was forbidden to eat eggs during Holy Week. Of course, hens were not aware of that and continued to lay eggs. That is how the custom came to life to paint the collected eggs, have them blessed and eat and unusual amount of eggs at Easter in order for them not to go to waste.

Already 5000 years ago eggs were given away as presents in China and Egypt and probably in other parts; even without Easter. In the past, eggs were only painted red. Red was considered the colour of life and so the red egg became a symbol of life.

How chocolate bunnies are made