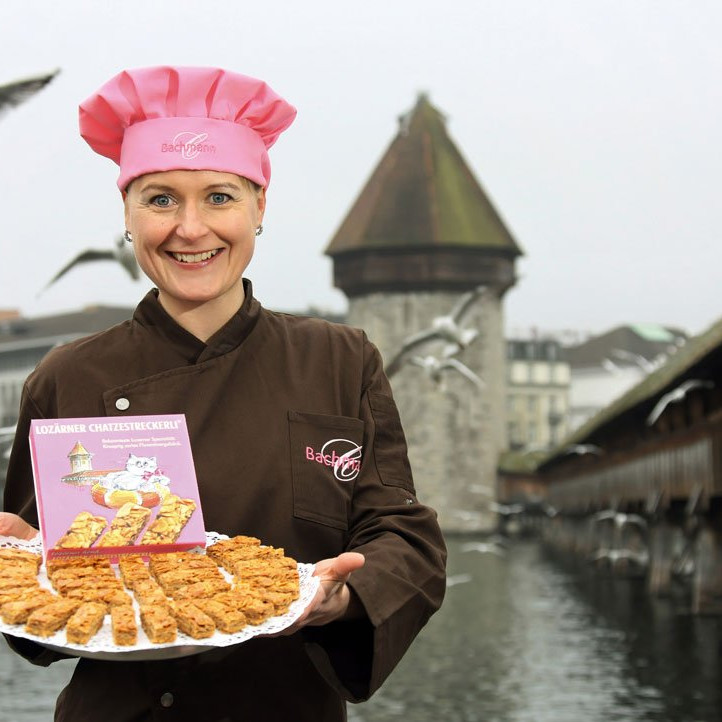 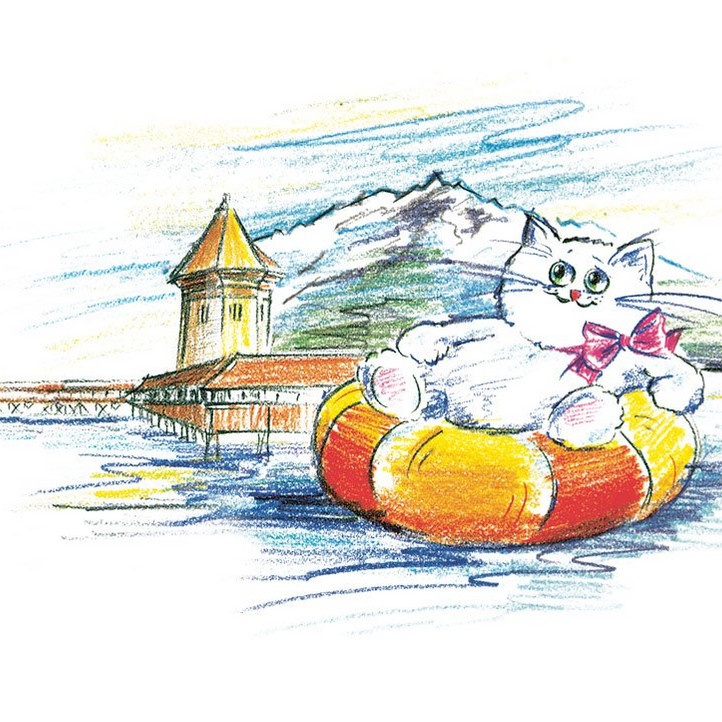 A true Lucerne speciality! “Chatzestreckerli” (literally “cat stretchers”) are fine Florentine biscuits with honey and almonds and a hint of apricot. “Chatzestreckerli” have been made exclusively by Confiserie Bachmann in Lucerne for over 50 years, using only the finest ingredients, great dedication and outstanding craftsmanship. In 1982 they became a registered trademark. “Portable” and not susceptible to changes in temperature,“ Lozärner Chatzestreckerli®” make the ideal gift and can be ordered on our website.

Where does the word “Chatzestrecker” come from?

Just like the people of Bern are colloquially known as “Mutzen”, the people of Basle as “Bebbi” and the people of Zurich as “Hegel” – the people of Lucerne are jokingly called “Chatzestrecker”. Historians give the following explanation for the nickname: Shortly before arriving at their pilgrimage site Einsiedeln, the religious people of Lucerne had to cross a mountain ridge called “Chatzestrick” (cat rope), which gradually turned into “Chatzestrecker” (cat stretchers). This mountain ridge links the two localities Altmatt and Einsiedeln and is 1,053 metres above sea level. The name of the pass has nothing to do with either a cat or a stretcher. The first part of the word is derived from a farmer by the name of Kätzi, who farmed this region. The second part of the word comes from “Strichen”, i.e. the old German term for stretches of land. The people of Lucerne rather liked this nickname, arguably because people thought that they were probably not at all as religious as they seemed.