Set against a picturesque backdrop, with a world-famous octagonal tower in the middle of the water, Lucerne is one of the world’s finest cities – but how does it taste? What better way to find out than by sampling Lucerne’s culinary landmark, the “Luzerner Wasserturm Stein®”. At least, that is if you share the opinion of many of the city’s inhabitants that the beauty of Lucerne is reflected in the taste of the city’s culinary landmark. Try it! 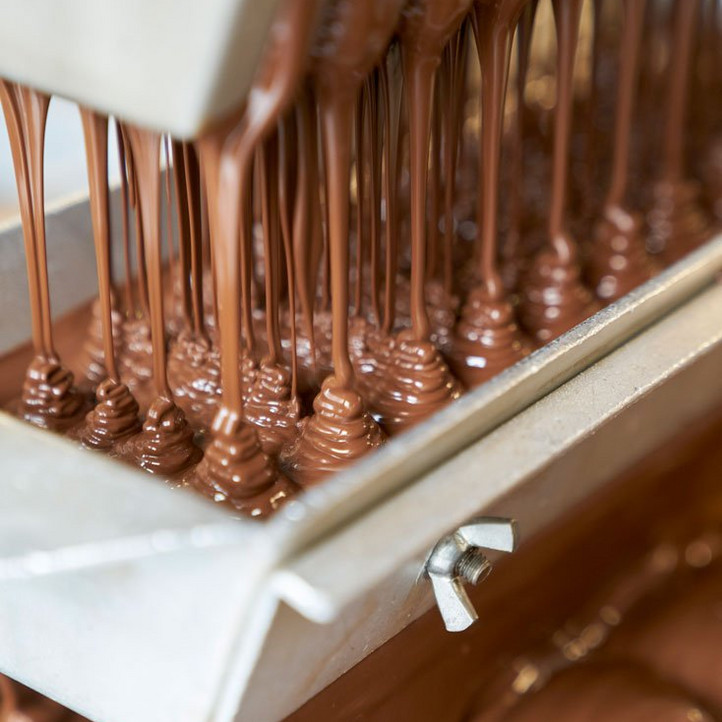 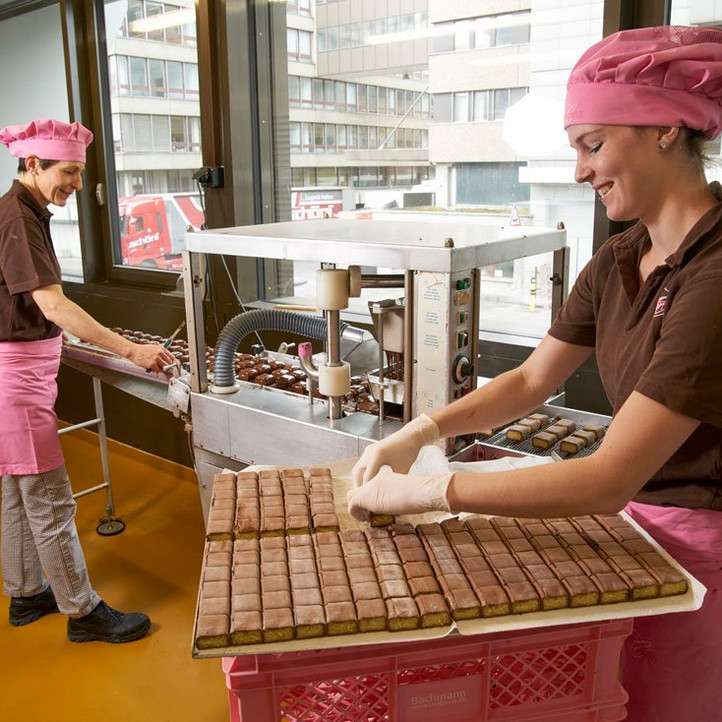 The original “Luzerner Wasserturm Stein®” is a true culinary sensation and has been a great Swiss speciality for years. Due to its uniqueness, the hand-made speciality has even been registered as a trademark. Surprise your friends, customers and acquaintances with a piece of Lucerne history and true confiserie craftsmanship.

Order with your logo

A hand-made speciality with a fine kirsch or Baileys filling, soft biscuit and gianduja as well the finest chocolate. Lucerne’s culinary landmark made according to our traditional recipe.

A perfect replica of the water tower in chocolate! Encased in the tower, which is dipped in light and dark chocolate, is a smooth kirsch truffle filling.

An exclusive tin filled with 15 of our smooth, home-made Bachmann pralines.

A true Lucerne speciality with honey and almonds and a hint of apricot.

Lucerne’s landmark since 1333, replicated in the form of a chocolate almond cake.

The taste of Lucerne – a delicious speciality with an aromatic hazelnut filling.

At the heart of Lucerne, on the River Reuss, lies the octagonal water tower with its coloured tile roof, which was built in 1290. Measuring 34.5 metres in height, the tower is the landmark of the city of Lucerne and the most photographed building in Switzerland.

On looking at the tower you experience what appears to be an optical illusion, for who really believes that its circumference (39 m) is greater than its height?!

It is this distinctive shape, however, that makes the tower unique worldwide. The walls of the tower are three metres thick all round.

The tower is connected to the “Kapellbrücke” (Chapel Bridge), the oldest and probably longest covered wooden bridge (204 m) in Europe. It was first mentioned in the Lucerne municipal register in 1367 and was probably built in 1333 as part of the city fortifications.

The now 700-year-old tower was first used as an observation tower and, together with the “Kapellbrücke”, as a defence post against ships coming from the south (what is today the newer part of the city). That is why the balustrade of the “Kapellbrücke” was built higher, facing the lake.

On the spire of the tower is a stork’s nest, which unfortunately has not been occupied since 1887. Over the course of time, the tower has served a number of purposes: As an interrogation room, torture chamber and dungeon, as a vault for the city’s treasures and archives, and as a prison.

Unfortunately, a fire on 18 August 1993 destroyed a large part of the “Kapellbrücke”. Within eight months, however, the bridge was faithfully reconstructed, allowing the “new Kapellbrücke” to be opened on 14 April 1994.