Swiss ingredients and Italian excellence: the Gotthard Panettone is the result of a Swiss-Italian combination of expert knowledge.

In December 2016 the new Gotthard Base Tunnel was launched: the journey times by train between Italy and Switzerland are reduced, especially between Milan and Lucerne - two cities that are deeply connected since the 13th century due to close cultural- and trading relationships. For this reason the Pasticceria Loison creates this unique Panettone Gottardo together with the Confiserie Bachmann .

Dario Loison and the Bachmann brothers reinterpret Loison's basic recipe. For that purpose they use ingredients from the alpine Gotthard region. The butter stems from Airolo's Gotthard cheese dairy and the historic Felchlin chocolate from the canton Schwyz. The shape is inspired by Gotthard and reminds of a mountain silhouette.

The result is a unique, flavourful variety of panettone, which is limitedly available in all Bachmann shops as well as in a few selected confectioneries in Italy. Doubtless eyes and palate get their money's worth with this Italian-Lucerne collaboration. 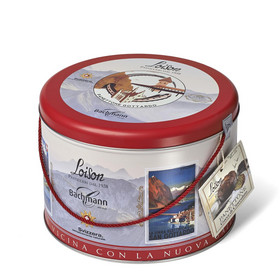 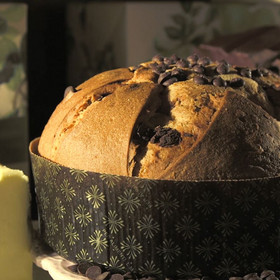 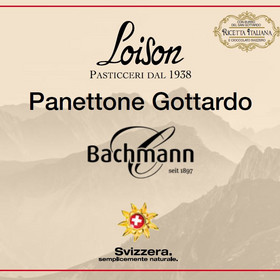 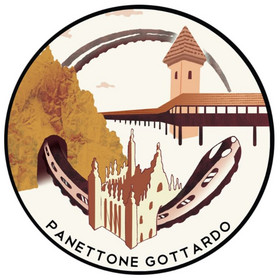 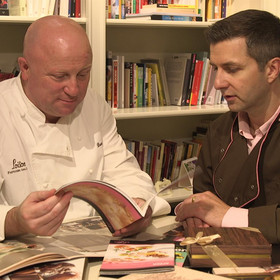 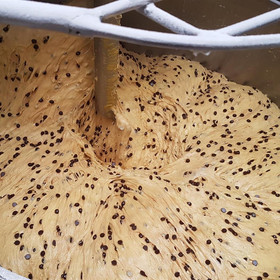 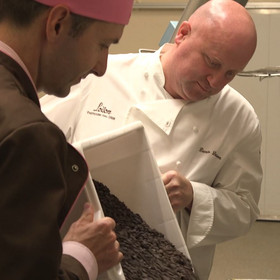 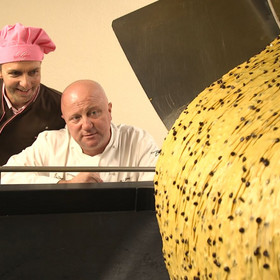 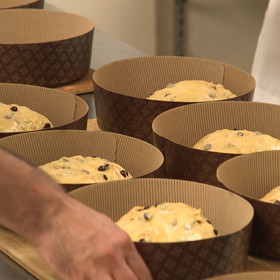 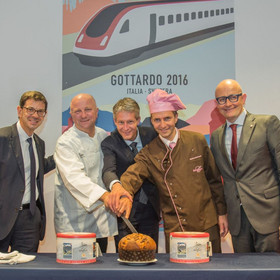 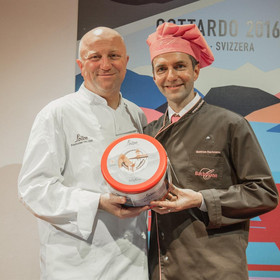 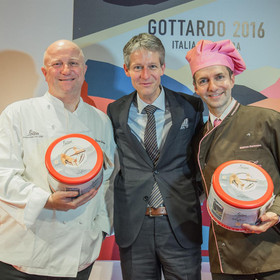 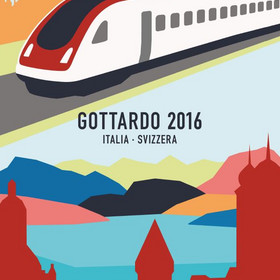 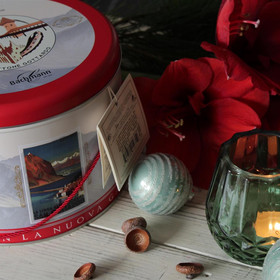 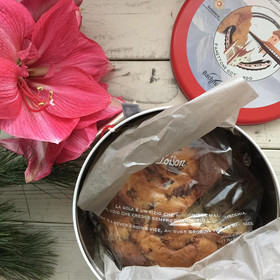 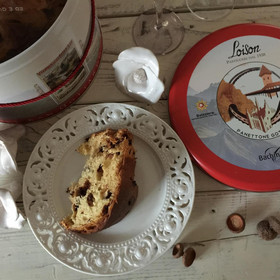 The Panettone - a "transalpine" cake

People travel and gastronomic traditions along with them. We like to imagine that the panettone, a typical Milanese cake speciality, came to Lucerne over the Gotthard Pass. The legend goes that panettone was first ever served in 1490 at the court of Ludovico Sforza, (called il Moro, 'the dark one'). However, the tradition of eating bread enriched with flour, butter, sugar and raisins for Christmas, was apparently already common in medieval times. Thanks to the close mutual relations, the step from the Lombardy to Switzerland is not far.

With the opening of the carriage road in the 30s of the 19th century and the railroad connection in 1882, the traffic along the Gotthard axis booms. At the beginning of the 20th century, panettone was sold as a Christmas cake to the upper class in Swiss confectioneries. Often it carries the label 'from Milan', to indicate its origin. In the postwar period it was already a mass product. For many Italians, who work in Switzerland, it became a nostalgia cake. To this very day, panettone is one of the most popular gifts that people like to bring across the border. Aboard a train up and down through the Gotthard Base Tunnel...

In December 2016 the new Gotthard Base Tunnel was launched: journey times by train between Italy and Switzerland are reduced, especially between Milan and Lucerne - two cities that are deeply connected since the 13th century due to close cultural- and trading relationships. At the beginning, the pass was only of local importance, however, with the construction of a mule track through the impassable Schöllenenschlucht around the year 1200 and with the construction of the Teufelsbrücke in 1595, the Gotthard Pass became one of the most important connections between North and South across the Alps.

In 1830 began the era of the stagecoaches. 1882 the first railroad tunnel was openend. The beauty of this route, which passes through villages, pastures and granite rocks, can also be fully enjoyed by rail. Thanks to the launch of the Gotthard Base Tunnel, the journey becomes even shorter, however remains an exciting adventure!

Swiss ingredients and Italian expertise: The Gotthard Panettone is the result of a Swiss-Italian combination of expert knowledge. With this creation we celebrate the launch of the new tunnel.

The leading characters in this adventure are Dario Loison and the Bachmann brothers; they skillfully combine Loison's basic recipe with butter from Airolo's Gotthard cheese dairy and with Felchlin chocolate, a historic company in Schwyz. The selection of the cake and its ingredients are no coincidence. The panettone's shape reminds somewhat of a mountain silhouette, while butter and chocolate stem from the alpine regions at the foot of the Saint-Gotthard Massif. On one side, on the shore of lake Lucerne, lie the cantons, where people speak German and on the other side, the canton Ticino, that shares its language with its neighbour Italy. The result is a flavourful variety of panettone, available in Switzerland in all Bachmann shops and in Italy in a few selected confectioneries. It highlights the good, since many centuries lasting relationship between the two countries, which will grow even closer through faster train connections.

The high quality of the production lies in the compliance with the slow and lengthy resting times: 72 hours of patient waiting, then and now. The quality and flavour can be ascribed to this unforced manufactoring process, giving it organoleptic unique characteristics. The extremely strict quality control is carried out in every step and thereby guarantees a strictly traditional manufactoring process. This is the best guarantee for you.

Felchlin, the fine side of chocolate

The historic Swiss chocolate brand Felchlin delivers cacao, high-quality couverture chocolate, semi-finished chocolate products and glazing to confectioneries worldwide. In the head office in Ibach in the canton Schwyz, all manufacturing stages are carried out following traditional methods. From the selection of raw materials - milk and sugar from Switzerland, cacao from exclusive producers - down to packaging, the emphasis lies on quality, technical accuracy, respect for staff and the environment. Felchlin's best known speciality are the products from its "Grand Cru" product line, made of genuine cacao beans (selected regions), with a cacao content of 35 to 88%.

The butter, the flavour of the mountains

The source of the fine taste of the butter for the Gotthard Panettone lies in the alpine pastures at 2'000 m above sealevel, near the hospice, which once served as hostel on the Gotthard Pass. Cows graze there during summertime and produce the milk for Airolo's Gotthard cheese dairy. The pure air and the food, enriched with alpine herbs of high biodiversity, influence the tastiness of products from this cheese dairy at the foot of the legendary mountain massif. The alpine flora gives the butter and cheese varieties - no matter if fresh or matured - their typical taste and fine flavour. The protected indication of origin guarantees the cheese varieties' genuineness. In addition to production and sale, the cheese dairy runs a restaurant with local cuisine and also organises courses at which people can learn more about the art of cheese manufacture.

The strict selection of ingredients makes the Gotthard Panettone a true delicacy. Only first-class raw materials are used for the production of the "transalpine" cake and all production stages are guaranteed and certified. Fresh eggs and milk from controlled breeding establishments, butter from the alpine pastures of the Saint Gotthard Massif, finest flour and freshly processed sugar from Italy are the basic ingredients. The highlight of the panettone's taste lies in the addition of the unique taste of the Manara vanilla from Madagascar* (*Slow Food Project Manara Vanilla Presidium) and the fine Felchlin chocolate, which is made of cacao from selected plantations from specific geografic regions.